Why We Should Think Small — As in Small Business

According to 2010 census data, Rogers’ population is 31.5% Hispanic or Latino (click here to check out the rest of the census data). The Hispanic population has been been gradually increasing over the last 10 years but unfortunately, Hispanic citizens are rarely stepping forward to run for office and only a small number vote.

As I look at the demographics of the 40-plus Benton County candidates who are running in the May 22 race, only one is Hispanic. Octavio Sanchez is running for Benton County Quorum Court. He is very qualified and he has been active in the Republican party for many years. I’m grateful for his willingness to serve but to represent Benton County’s 15.5% citizens of Hispanic or Latino decent, we need another five candidates just like Octavio. If you look at the Rogers City Council, at least two aldermen should be Hispanic or Latino.

The irresponsible answer is to recruit an ill-prepared or wrongly motivated Hispanic candidate and cleverly market him or her (because we recognize that marketing strategy has a lot to do with winning elections). A candidate who isn’t qualified, is running for the wrong reasons, or lacks a servant heart won’t be successful in public office and may not even be elected. It places them in a position to fail and suffer a damaged reputation or political career.

The best answer is to create an initialtive that identifies and recruits qualified Hispanic candidates and prepares them for successful candidacy and election to serve in our community.

Step one is to recruit mentors who network in the community to identify the right potential candidates. It’s not clear how many people are already qualified but have never considered running. Public office is often something people don’t consider because they don’t understand the election process or the roles.

Step two is for mentors to help potential candidates see their how their experience and expertise is useful in an elected office. Mentors should also help the candidate identify areas to develop so they are completely prepared for success in campaigning, election, and serving. They might need to develop their speaking or speech-writing skills or refine particular leadership skills.

Step three is to help them build a campaign strategy and election committee. They need guidance to develop an authentic, crystal-clear, voter-focused vision for their campaign message. They also need help creating a compelling marketing strategy that addresses the needs of their constituents.

On my 4 Next Steps for Rogers, this strategy falls under Developing City Leaders. Diversity is good for all of us. When we recruit and develop the right people, it sets the stage for an engaged community that thrives. 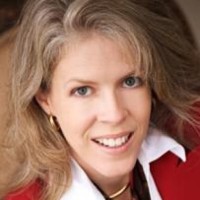 Carrie Perrien Smith, MBA is a training, communication, and publishing industry veteran. Her corporate career spanned 15 years, split between Texas Instruments and Walmart Stores, Inc. She founded her Rogers, Arkansas-based company, Soar with Eagles, in 2003. She works internationally with business leaders, candidates, and growing companies who want to brand themselves as experts in their industry and build a speaking and consulting business.

Also a speaker and coach, Carrie is the author of Currency: Striking Networking Gold in a Relationship Economy. She writes a blog for NWAMotherlode.com called Empty Nexter and has hosted an internet radio show called Business: Engaged!

She most enjoys mentoring emerging leaders and business owners. A grateful woman of faith, Carrie uses her volunteer service to honor and serve God.

Carrie was raised in a traditional family of small business owners in Sapulpa, OK. She spent seven years in Dallas before settling in Rogers in 1993. Her daughter Darcie grew up attending Rogers schools and works as a certified nursing assistant. Darcie lives in Fayetteville with her husband Kyle and has a son named Robert.

Her husband Tom is a 32-year Walmart associate who bleeds Walmart blue. In their free time, they enjoy performing with their band. They also enjoy listening to live music, whether it is a local band at a local club or outdoor festival or a world-famous band playing at the Arkansas Music Pavilion. They purchased a house to renovate four years ago and are nearing completion.

Carrie holds an MBA from John Brown University and lives in southeast Rogers with her husband, Tom. They are empty nesters who share her home with their rescued and now hopelessly spoiled fur children, Chloe Needletoes, Jazmin with Teeth, and Midgieboy.

Permanent link to this article: http://carrie4rogers.com/80/

Carrie is Ready to Serve You

She’s a Servant-Leader Who Listens.

In addition to her corporate and business-ownership background, Carrie Perrien Smith MBA brings over fifteen years of community leadership experience with more than twenty volunteer organizations. She will use her business experience, people skills, and ability to solve problems to address our county’s issues.

She has called Rogers home since 1993 and has lived in District 5 for more than fifteen years. She has followed local government affairs for the last seven years, so she knows the issues. She is a conservative collaborative leader who works to find solutions and treats everyone with respect.  A grateful woman of faith, Carrie uses  her community service to honor and  serve God. The means she holds her actions to a higher ethical standard.

Search My Blog for the Content That Interests You